About Us - John Duncan

The idea for a web page started back in August of '96, when I discovered Chuck Corway's Saturn V page. I had taken some photos of the Saturn V at the Alabama Space and Rocket Center in Huntsville and offered to scan them so he could use them. He did use them, and I was inspired to write my own web page, highlighting my photos and references.

Soon after, I traveled to the Kennedy Space Center to photograph the Saturn V on display there and discovered it was being restored. Once it was finished, I set about photographing every detail. Right now I have well over 450 shots of it, Lunar Module 9 and Command Service Module 119.

On my first trip to KSC, I discovered that Revell had reissued the 1/96 scale Saturn V and I was really hooked. I soon realized that there isn't much information available on the dimensions of this historic vehicle or its launcher. Since December of '96, I have been on a quest to find and make available this information. With the help of space buffs and collectors all over the world, I have been able to make it happen. If you have info on the Apollo program and wish to share it with others, please contact me by Email at the address on the bottom of the page. Proper credit is given for all contributions.

One day in 2016, I was renewing the domain for apollosaturn.com and realized that the 20th anniversary was in 2017!  Life had slowed the website down to a stop and even though it was still available, the 640x480 format was a bit dated for modern screens.  The availability of high speed internet and cheap on line storage as well as larger average screen size convinced me it was time to pull the website out of the shadows and dust it off.

In the past I would have written a website by hand but now I really don't have the time.  So I got down to brass tacks and realized that I was sharing photos for the most part so why not use a photo sharing website.  Thus, for now, Smugmug is hosting the new site.  I am still busy scanning, uploading and writing for the new website and as of early March 2017, there are now over 4 gigabytes of info.

My website was mainly a reference for  model builders and so I will bring that back as a focus.  I have a youtube channel to be launched and it will have modeling info for building spacecraft and launch vehicle models.  I certainly hope this new beginning for a 20 year old website will enjoyed just as the first version was. 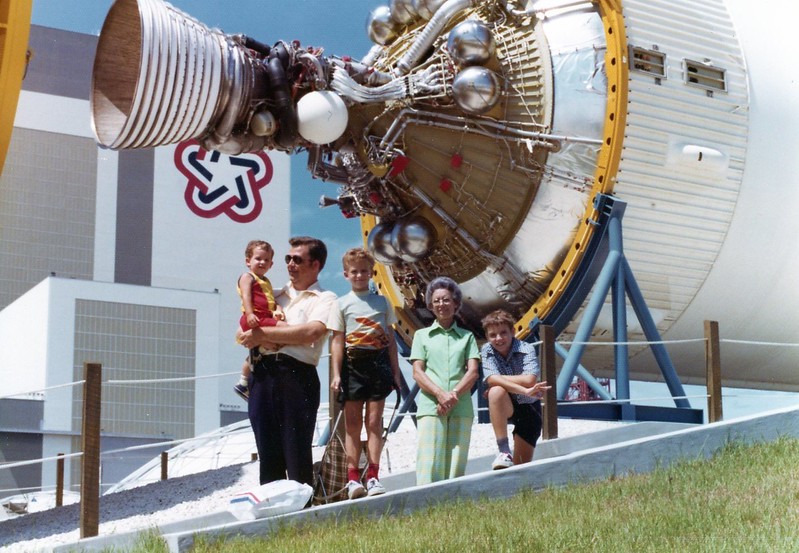